Birthday Coins are sent to Young Numismatists of TEC for their birthday each year.
Coins are also available for purchase in the TEC Store, while supplies last.
Birthday coins have been continuous since first being sent in 1993.

The same die was used to roll the TEC Birthday coins from 1993 to 1999.  The image was unchanged through 1995.  In 1996, Ray added two ray lines at the end of the coin and stamped 1996 on the reverse before rolling.  The practice of hand stamping the year on the reverse and adding two rays each year continued through the 1999 TEC Birthday coin, which has 8 rays.
For 2000, TEC Secretary Lurene Haines did a new design.
In 2001, the die was modified, adding a cupcake and ‘2001’.  Bill Grencavich engraved these and Ray rolled the coins.
In 2002, TEC began creating a different design each year for the coin as well as rolling them on Nickels and Pennies. 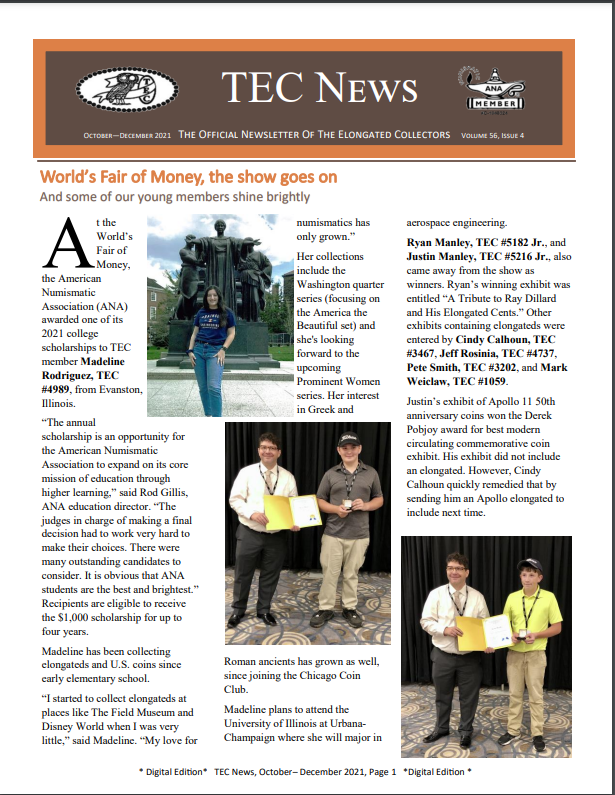