The Dillard Exhibit Award was first created in 2014. Nickel sized pins were given out to all who did an elongated exhibit.  After voting, first place exhibit award winner received the image on a golden dollar, second place on a quarter and third place on a bronze British 2 cent coin.  This die will be used yearly with the year added to the design.  Designed by Cindy Calhoun, engraved by John Edward Gusmano and rolled by John Wooten. 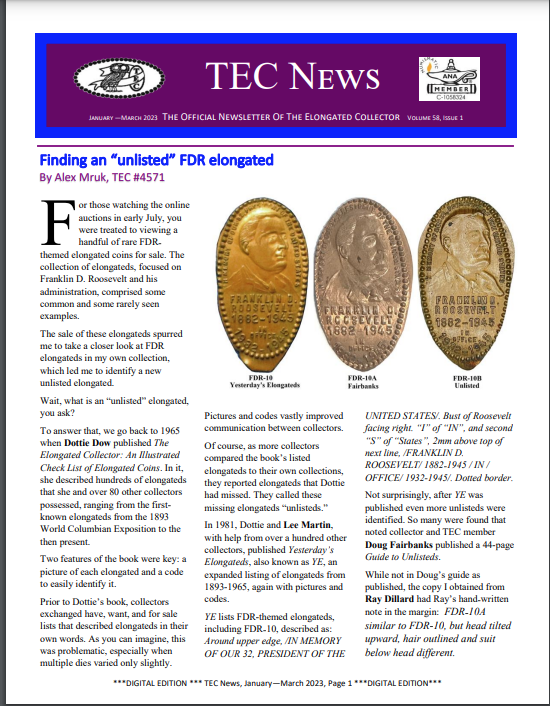